The following collection of events, which took place in or about Bishopthorpe, all occurred in the month of March, but over a number of years during the 19th century.  We hope you find them interesting.

THE HOUSEHOLD OF RICHARD RAISIN, in the ‘White House’, Chantry Lane, was rudely woken when a burglar broke in and stole silver items worth more than £5.  The burglar, John Renton, was later caught after attempting to sell the silver-ware in Tadcaster and Leeds.  At the Guildhall in York, Renton was found guilty and sentenced to death.  However, the judge spared his life as he was a young man with a family.  The following year, Renton attempted suicide while in the City Jail.

A CASE OF BASTARDY: At the Guildhall, York, Thomas Foster was committed to the House of Correction for three months, for the arrears of maintenance, for two children belonging to the township of Bishopthorpe.

IN RESPONSE TO THE LONDON & YORK RAILWAY BILL, a petition was presented in the House of Lords from the Archbishop of York, complaining that the projected railway between London and York was to pass within a quarter of a mile of the windows of his palace at Bishopthorpe.  He claimed it would also cut off communication with his farm-house. [i.e. Middlethorpe Grange Farm on Sim Balk Lane.]  It would also pass, for two miles, within 200 yards of the highway leading from the Palace to York Minster, so that “the most reverend prelate could not proceed between York and his residence without being, for two miles, in imminent danger of his life.”

On 30 May 1846, the London & York Railway was renamed the Great Northern Railway and soon afterwards the Bill was passed by the House of Lords, receiving Royal Assent in June.  Archbishop Harcourt claimed he was not an “enemy of the railway” and his objections were heeded.  He, of course, need not have worried – as we now know, this part of the Great Northern Railway was never built.

THE PRINCE OF WALES (later Edward VII) married Princess Alexandra of Denmark at St. George’s Chapel, Windsor Castle.  The inhabitants of Bishopthorpe celebrated the royal occasion in Farmer Lofthouse’s barn.  Subscribers raised £50; the Archbishop having donated £20.  The money was spent on a huge dinner which was cooked by several ladies in the village.  About 220 people sat down to a bill of fare which comprised of 340lbs of meat, 5 bushels of potatoes, 180lbs of plum pudding, 60 bottles of wine and “other items in proportion”.  The 120 children enjoyed a tea at The Woodman Inn and were presented with a medal.

A ‘WIND RUSH’ or whirlwind accompanied by rain and hail began just to the south of Bishopthorpe.  It damaged many buildings and trees.  The Archbishop’s greenhouse lost a chimney.  His gardener described the roar of the whirlwind as so deafening that he did not hear the crash of two falling elm trees in the palace grounds across the road.  The storm crossed the river to Fulford where Captain Key wrote that: “It appeared to me as if two angry thunderclouds met over the Archbishop’s Palace at Bishopthorpe, one coming from the south, and the other from the north-west.  [Then] there was a sort of roar, the hut [in his garden] trembled and all was over in less than a minute.”

The Annual Report of the Yorkshire Philosophical Society, 1890.

The Bishopthorpe dot net team would like to congratulate Gordon Watkins as he celebrates an amazing 35 years at the helm of The Ebor. 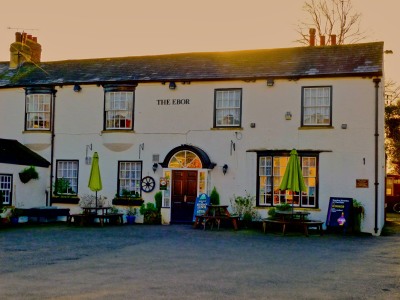 Way back in 1981 the world seemed a simpler place; Bucks Fizz won Eurovision, Charles and Diana had the wedding of the year, John McEnroe launched his ‘you cannot be serious’ tirade, and Gordon took over at the Ebor.

Over the years Gordon has turned the Ebor into truly the locals’ local, making sure that the pub has always given a warm and friendly welcome but also running a tight ship and ensuring that his own high standards are maintained by all of the bar and kitchen staff.

The Ebor is now well known to visitors and locals alike for the quality of the food and the friendly atmosphere, but throughout everything Gordon has kept it as a ‘proper pub’ which we’re fortunate to have here in Bishopthorpe. Sometimes we take the benefits of village life for granted, but many villages must look at what we’ve got here in envy. Gordon has been key to making the Ebor the heart of the community and we’d like to say thanks Gordon for all you’ve done, and we hope you keep on doing it for many more years.

Do any of our readers have a good memory?  Can you remember the name of the Chinese restaurant which was once situated down by the river at Bishopthorpe?

We’ve been contacted by Paul Woods who told us that regulars of The Oak at Copmanthorpe recently had a heated debate on the subject.  Paul should remember the name because he celebrated his 21st birthday there!  He took up the challenge to find the name and asked members of the Bishopthorpe Local History Group.

Well we couldn’t remember either but knew that the octagon-shaped restaurant advertised in Link, the parish magazine.  Searching back copies in the Archive, we found that, from the late 1970’s until 1982, it was called, appropriately, ‘L’Octagone’.  There was a gap in the adverts from then until January 1989 when it took on the name, ‘Bishops’ – but we can’t find any reference to when it served Chinese food.  The restaurant was demolished a few years ago.

Can anyone answer the puzzle and put the good folk of Copmanthorpe out of their misery?   Please use the comments section or email: historygroup@bishpthorpe.net 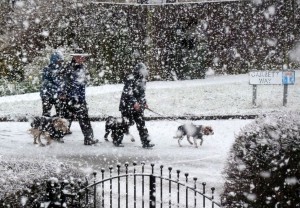