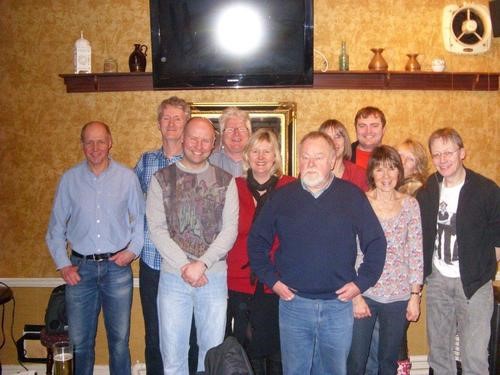 Who needed Real Madrid v Manchester United when we had our own clash of the titans at the Ebor where the latest instalment of sporting rivalry unfolded, the annual Darts Match between the Ebor Players and a Parish Council Select Team. This year the Players had additional motivation as they sought to avenge last year’s 5.4 defeat having thrown away a 4.2 lead.

With all the players matching on to musical accompaniment this year, the match began with the  traditional opener; a ladies doubles. The Players team comprising Lisa Beadle & Diane Curran took an early advantage over their Council opponents Jo Bewley & Cath Bruce and this saw them through, first blood to the Ebor Players. Next up men’s doubles and despite having never won a match, the Players persisted with the partnership of Paul Brook and Liam Godfrey who continued their ‘unwinning’ ways, losing convincingly to Michael Dale & Tom Davis. It’s played 5 lost 5 now for Godfrey, who keeps picking him?

Mixed doubles next and the ever reliable unbeaten pair of David Rose & Bev Linfoot duly delivered for the Players beating Stewart Harrison (whose 100+ score was not enough to save them) and Gillian Clifton who bravely played despite a broken foot.

A high quality men’s singles next with Steve ‘the boatman’ Poulter being holed below the waterline early on in his game with newly promoted Ben Jemison, and despite some wobbles late on from Jemison he finished the game to preserve his unbeaten record.  The first surprise of the evening and the match tied at 2.2.

Next up with the best record of any player was Lisa Thornton, hero of last year’s Council victory and with a record of 6-0 was up against Julia Sykes. A banker for the Council or was is? With Thornton blaming her darts, the weather and her husband, Sykes raced into an early lead and duly finished for an unexpected victory, her new nickname ‘The Thornton Tamer’

Half time and it’s delicately poised at 3.2 to the Players.

Into the second half and another men’s doubles. In a high quality match the Players duo of Ned Curran and Alistair Dunn edged out Ian Jemison and Steve Pallender. 4.2 to the Players and they only need one point to regain the trophy. Would the Council be able to stop them?

There was a hushed atmosphere as the next match promised to be a close affair with the Players represented by Lisa Beadle & unbeaten Steve Patrick against Council captain Cayley Godfrey and Pat Thornton making a welcome return since his winning efforts 3 years ago. Captain Godfrey was lethal with her aim peppering the wall, gas fire, spectators, even cars in the car park were in danger and achieved the so far unique feat of getting all the darts in the board but scoring zero. In the end despite the best efforts of Thornton the Players ran out convincing winners and took an unassailable lead in the match.

With only pride to play for the next match saw a stunning checkout of 79 (a record) from Chris Gajewizc (Council) as she and Bob from the Marcia beat Diane Curran and new boy Matt Taylor.

Final match up was a high quality affair with Dave King and Steve Poulter representing the Players defeating Tom Davis and Pat Thornton, to leave the final score like a famous football match in 1953 that changed English football forever a resounding  6.3 to the Ebor Players. Even Radio York were following our fortunes via a live twitter feed, next year we are hoping to sell the rights to Sky.

Thanks must go to all involved.

Sporting rivalry will be resumed in the Cricket Match in the summer. 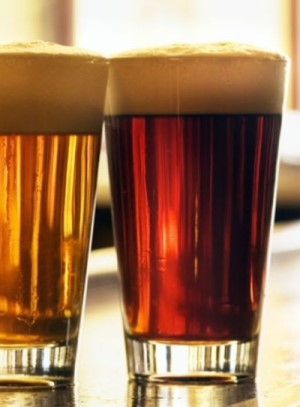 Those who came along to last year’s inaugural event will remember (depending on how many they sampled) what a great range of real ales and ciders were on offer, and this year is shaping up to be even better with 10 distinctive ales plus lagers and ciders.

The fun starts at 2:00pm on Saturday 16th, and runs through to midnight. After a short break to recover it all starts again at noon on Sunday 17th, ending at 11:00pm, or when everything’s gone!

Beers are available in pint, 1/2 pint, and 1/3 pint measures, so if you want to sample the lot without completely overdoing it you still can.

Entry is free, so why not come along and try something a bit different.

Oh, and Guinness will be on tap too for any who feel compelled to follow the St Patrick’s day creed…

The Parish Council has recently endorsed Edible York, an initiative designed to grow food locally for use by anyone. 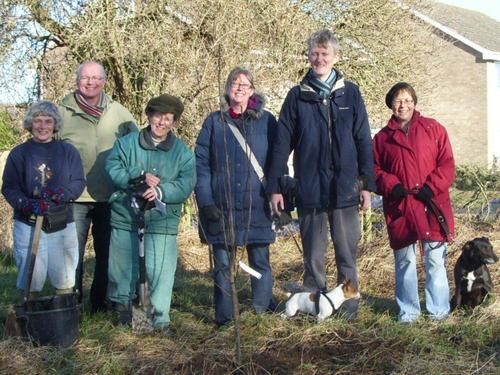 Led by Cllr Carole Green a few councillors together with helpers planted apple, pear and greengage trees along the cycle path which hopefully will supply free fruit to anyone wishing to pick them.

After months of planning and preparation a new Acaster Lane shop has opened its doors. 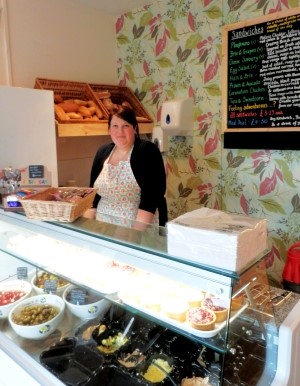 Delicacy is a delicatessen and sandwich bar, serving fine Yorkshire produce. Owner Jen Auton is well known for her own home made cakes, which will be available in the shop, alongside artisan breads, cooked meats, specialist pies, cheeses, olives, and much more.

Lunchtime salad boxes and sandwiches have already been a big hit in the run up to Saturdays official opening, and with a couple of tables where customers can relax with a coffee and a bite it looks like Jen has found something that will appeal to both locals and those from farther afield.

Bishopthorpe dot net is pleased to see any new business open in the village, and with the quality and taste that Delicacy offers it’s certainly a business that deserves to succeed.

So this is another great reason to shop in the village rather than go off to the surrounding megastores. Try something local – and check out the other shops too!