In the week when the world of comedy mourned the passing of the great Frank Carson one could not help feeling that his famous catchphrase was apt for the latest instalment of annual Darts Match.

Played over a marathon two and a half hours the match saw all manner of drama with a nail-biting finish.

As is now tradition, the annual tussle between the Ebor Players and a Parish Council Select Team began with the ladies doubles with Julia Sykes & Diane Curran representing the Players and Chris ‘Philby’ Gajewicz (didn’t she appear in Panto) and Jo Bewley playing for the  Council. After what seemed like an age and when most of the men had grown beards, the match had to be settled on a first nearest the bull decider resulting in first blood to the Ebor Players.

Next up men’s doubles, and following the fashion of last year the ‘dream team’ of Paul Brook and captain Liam Godfrey failed miserably again, to maintain their 100% record. This time losing to debutant Ben Jemison and Michael Dale. It’s now 0.4 for Godfrey in all matches, how long can he keep his place? honestly he must have connections.

The first of many mixed double matches of the night saw husband and wife partnership of Steve & Tracey Patrick get the better of the new partnership of Malcolm Higgins and Gillian Clifton, after a closely fought match. This despite much barracking from Patrick Mrs to Patrick Mr who apparently can do something right after all.

Match four saw the first of the nights singles with Steve Poulter coming out (no not in that way) victorious against Parish Council Chair Stewart Harrison and making a convincing pitch for the Andrew Dunn trophy with lowest score of 5 with three darts.

At the interval the match was delicately poised; Ebor Players 3 Parish Council 2

Into the second half and for the Players it’s previously unbeaten pair David Rose & Bev Linfoot against Tom ‘Blunt’ Davis and Cath Bruce. Their record stayed intact as Rose made it 4.0 in his matches in the series and Linfoot building a 3.0 record.

4.2 Ebor Players with the first to 5 it surely was in the bag for them?

Captain Liam Godfrey scenting victory decided to make a few tactical changes putting debutant Martin Flook along with Julia Sykes up against Ian Jemison and Council captain Cayley Godfrey. A close game resulted in victory for the Council to keep them in the match.

Next up was another husband and wife pair Graham & Sonya Gillespie up against village favourite Nick Smith representing Maynews and Jo Bewley aiming to win a match for a change. Despite leading for much of the game team Gillespie lost in a close finish. 4 points each and all depending on the final match.

Players captain Godfrey remained confident that all would be well, as representing them was hero for the Parish Council from last year Dave King who had been through a rigorous eligibility check and as he had read last years’ Panto programme was found to be okay, partnered by new girl Stella Jackson. Up against them were Tom ‘Blunt’ Davis and unbeaten Lisa ‘Casement’ Thornton.

The Council raced into an early lead as Jackson struggled to find her length and King’s form deserted him, the crowd were on the edge of their seats as it all came down to the final darts after more than two and a half hours play, this was the Ebor’s own Black Ball Final. Then it was all over as Davis needing 12 to finish duly obliged to give the Council a seemingly improbable victory by 5 matches to 4.

The future of Godfrey’s captaincy must now be in doubt as he like Captain Schettino contrived to steer his team from clear water onto the rocks and without a blonde on the bridge for company.

In the awards ceremony which matched the Oscars for longevity, awards were given to:- 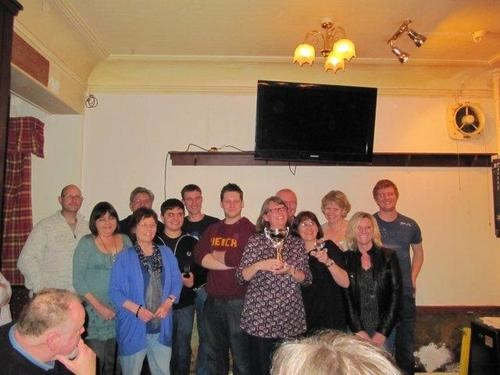 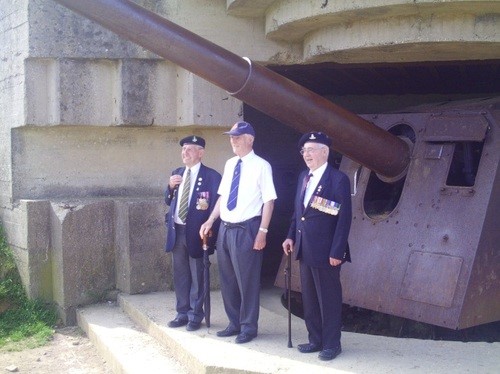 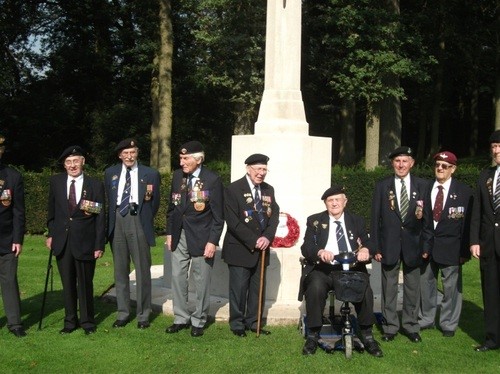 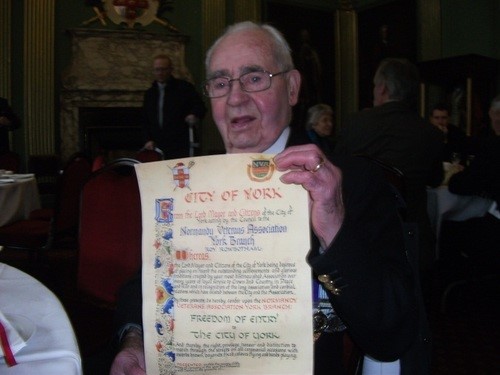 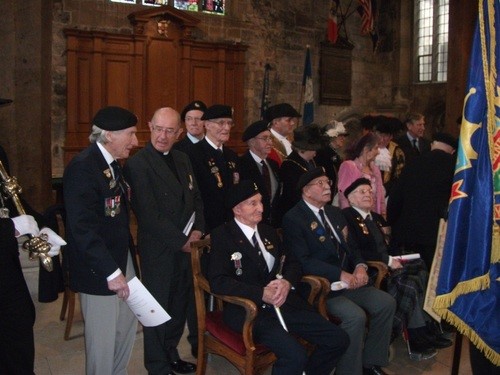