A weakened Parish Council team were put to the sword by the Ebor Players in the annual Cricket Match.

Having lost the toss for the third year in a row, the Parish Council were put in to bat, by opposing captain Lisa Thornton. Opening the batting were Jo Bewley & Liam Godfrey, minutes later Bewley was walking back to the scoreboard, victim of an excellent catch by Ben Smith (his first of 3) off the bowling of Julia Sykes, without having troubled the scorers, one of whom was her own dad who had come all the way from Doncaster. However, Bewley family honour was to be restored later.

Godfrey batted on, but was pinned down by tight bowling from ‘dancing partner’ Nigel Pendleton and was guilty of running out Malcolm Higgins with some over exuberant calling. Another partner was seen of in the form of Martin Flook who scored 4 before being caught by ‘Dame’ David Rose off the bowling of Chris Higgins. The runs were coming too slowly and Godfrey eventually succumbed for 7 having batted for 5 overs caught & bowled Smith.

Catherine Bruce was joined at the crease by debutant Ian Jemison, unfortunately 1 ball later he was heading in the opposite direction. Things were looking a little dire now for the Parish Council as no one was making a score. However Bruce battled on was now joined by another debutant 73 year old Barbara Bewley playing her first ever game of cricket and a late replacement at that. She hung around before being cruelly run out. Captain Stewart Harrison now joined the fray. Shortly afterwards Bruce departed caught Dunn bowled Tim Bruce (any relation?) Harrison was joined by another debutant Richard Smyth for the Parish Councils most fruitful partnership of the evening. Finally, the runs began to flow as Harrison got his eye in and scored an impressive 13 before having to retire (for the uninitiated any batsman scoring 10 or more has to retire.) Smyth also appeared comfortable, hitting a boundary and was joined by Cayley Godfrey who scored a personal best 2 before being caught by Smith off the bowling of Curran. The innings ended with Smyth being out on 7 caught Dunn bowled Patrick. Andrew Dunn carrying his bat having failed to trouble the scorers.

With extras, (as usual the highest scorer) the Parish Council had scored a record 69, but would it be enough?

The Ebor Players began in good style with openers Tim Bruce & David Rose starting well, despite being pinned down to some extent by tight bowling from Malcolm Higgins & Martin Flook. Then the Parish Council struck with Ian Jemison bowling Rose for 2. Bruce marched on and eventually retired on 10. Julia Sykes now occupied the crease and after 2 singles was bowled by Cayley Godfrey (her first ever wicket.) However help was at hand in the shape of debutant Steve Patrick and Ben Smith, a quick flurry of boundaries followed and both players retired undefeated on double figures. It now looked like a formality for the Ebor Players. Dunn junior and Diane Curran now occupied the crease with only a few runs needed when Curran was bowled by our oldest player Barbara Bewley. This only delayed the inevitable and new batsman Sarah Pendleton and Dunn moved the score ever closer to the winning line.

In what turned out to be the last over Dunn Senior was bowling to Dunn Junior and despite hitting his wicket twice with some devily deceptive bowling, the bails stayed intact, so not out. Dunn Junior ultimately had the honour of hitting the winning runs via a boundary.

So a convincing victory to the Ebor Players with 5 overs to spare and for the loss of only 3 wickets. They now lead the series 3.1.

I Jemison b Smith 0

B Bewley RUN OUT 0

D Curran b B Bewley 1

S Pendleton NOT OUT 3 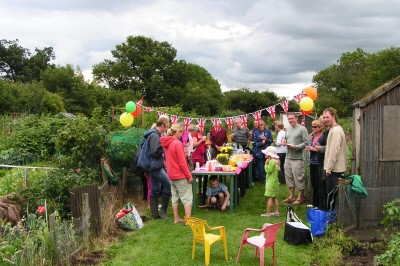 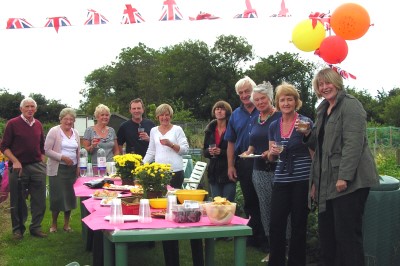