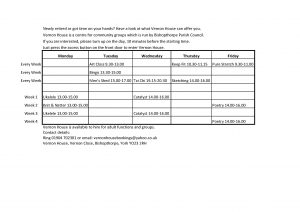 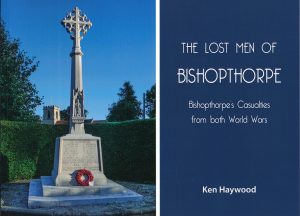 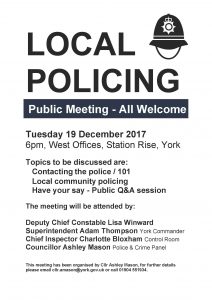 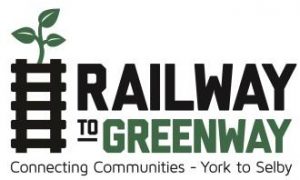 The Railway to Greenway project along the length of the old railway track is now very much a reality, and even has a nice new logo!

If you’re interested in the project the latest newsletter has now been published; you can read it here.

And while we’re talking about developments along the cycleway, York Bike Belles are hoping to bring an inspirational “Cycling Without Age” project to York in 2018 and make it sustainable.

By the simple act of offering elderly residents regular rides in rickshaws or trishaws driven by local volunteers and bringing generations together in a healthy outdoor activity, the aim is to create “a world together, in which the access to active citizenship creates happiness among our fellow elderly citizens by providing them with an opportunity to remain an active part of society and the local community. We do that by giving them the right to wind in their hair, the right to experience the city and nature close up from the bicycle and by giving them an opportunity to tell their story in the environment where they have lived their lives.”

The project will affiliate to the international Cycling Without Age movement for guidance and support – see www.cyclingwithoutage.org.

The initiative is set to launch in 2018 in a coalition with other local cycling organisations/ groups – Get Cycling (www.getcycling.org.uk) and York Greenways (www.yorkgreenways.org). The intention is to form partnerships with local nursing homes and groups supporting elderly people, recruit, train and support volunteers to pilot the bikes, buy 2 rickshaws and/or trishaws and deliver a pilot for 6 months from April to September 2018. During this time, there will be at least one day of rides a week to 10 elderly residents, with a total of 240 engaged over the 6-month pilot.

However all of this is dependant on securing funding, and York Bike Belles are hoping to benefit from the Aviva Community Fund, which helps to fund worthwhile projects in the community. Qualifying projects are put to a vote, so please take a look at the Aviva funding page https://community-fund.aviva.co.uk/voting/project/view/17-5876 and cast your votes to help make sure this great idea gets off the ground.

Come along for a great fun evening with the Alterego Ceilidh Band, in support of Keep Your Pet. 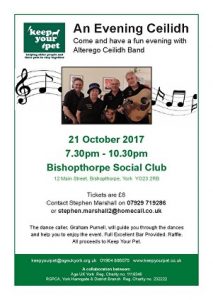 Keep Your Pet helps older people and their pets to stay together at times of illness or other emergencies. See our Purple Pages entry for more details.

Major, 1/5th Battalion, West Yorkshire Regiment (Prince of Wales’s Own).
Killed in action a hundred years ago today, on 9 October, 1917, aged 33, during the Third Battle of Ypres.
As well as being commemorated on a number of war memorials, including Bishopthorpe’s, his name also appears on Panel 42 of the Memorial to the Missing in Tyne Cot Cemetery near Ypres. 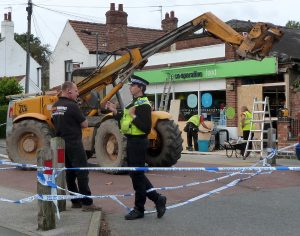 As we proceed through the years 2014 to 2018, I intend to publish the names of the fallen from Bishopthorpe in both Link and Bishopthorpe dot net in the month which marked the centenary of their deaths. These two Bishopthorpe men died just a hundred years ago on the same day, but with different units, during the Battle of Passchedaele.

JOHNSON, Frank
Private, No. 41868, 10th Battalion, Northumberland Fusiliers.
Missing, presumed killed in action 20 September, 1917, while participating in an attack during the Third Battle of Ypres. He was 39 years of age.
He is commemorated on Tyne Cot Cemetery Memorial to the Missing, Panel 21.

As well as spending a few moments thinking of these men and their families, I hope that you find the details of some interest.
Remember them.
Ken Haywood

The Councillor will be required to attend monthly meetings and associated work between meetings.

The Internal Auditor will be required to review our procedures and annual accounts prior to submission to the external auditor.

If anyone is interested, please drop a note in the Village Hall letter box, speak to a current councillor or attend one of our meetings. 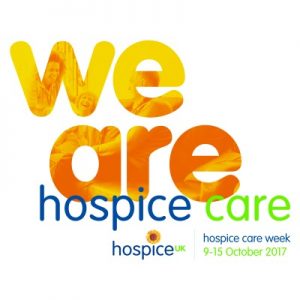 Hospice Care Week is an annual week of activity to raise the profile of hospice care across the UK, which helps to change people’s perceptions of hospice care.

This year St Leonard’s nurses are giving tours to members of the public who are interested to find out more about the care that we give. These will run from Monday 9th of October to Thursday 12th October, from 4pm to 7pm on the hour.

The Fundraising Team are also holding a ‘Thank You’ event to supporters past, present and future between 4pm and 7pm on Thursday 12th October.

Please visit the St Leonard’s Hospice website to find out more about these events, and the valuable work that the hospice performs.

York Greenways has recently received a Heritage Lottery Fund Grant for the Railway to Greenway project which is based on the cycle/walking path that goes through Bishopthorpe and follows the route of the old East Coast mainline. This section was closed and re-routed in the 1980s to allow development of the Selby coalfield, which has itself subsequently closed.

Many of the people who remember or worked on the railway, the coal mine or on building the greenway will still be living in the area, and the project is keen to record oral history interviews to preserve their memories for posterity. The project has already been launched with 60 children from the Junior School, and York Greenways are hoping to work with individuals, youth groups and older peoples groups and residential homes in the area to gather as much information as possible about the changes from industry to nature along the route.

If you or a friend or relative have memories you are willing to share, Greenways would love to hear from you.
Contact Peter Huxford on 07979611763 or on peter.huxford@btinernet.com

You can view more information about the project by following this link : Railway to Greenway

A hundred years ago, the Battle of Passchendaele had been in progress for less than a week. Two Bishopthorpe men had died on the first day of the battle, but another well-known man from the village was to pay the ultimate price on the 5th August, 1917.