The centenary of the First World War years has set many of us exploring the role our relatives played during those years of conflict.  Although access to online digitised records has ma 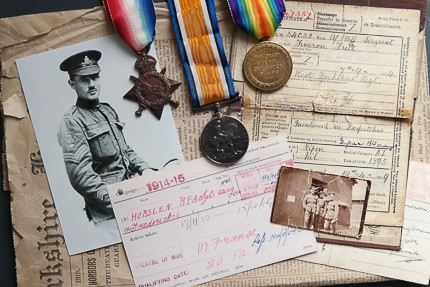 de the search easier, not all our questions are answered.

If your WW1 ancestors are proving to be a challenge, come along to Bishopthorpe Library on Wednesday, 17th and Saturday, 20th June, when Ken and Linda Haywood will be holding a First World War Family History Help-Desk Event.

Ken and Linda, who have been helping researchers for many years, will bring several finding aids and sources of information with them.  In particular, they will have the City of York World War 1 Card Index.  This invaluable Index lists the details of more than 10,000 men and women from the city who served with the Forces.

The research assistance applies both to those who survived the war and those who did not.

Bring your details and Ken and Linda will do their best to help you find what Great/Gran or Great/Grandad did in the war.

To make your search even more enjoyable, coffee and home-made cakes will be provided by the Library at a small charge.

I would like to thank Cayley Godfrey, our Clerk, for bringing all our meetings together, making sense of our discussions, producing minutes, maintaining our financial records and still remaining sane! This year-end has been particularly busy for Cayley because we have been randomly chosen for a full external audit which involves further work over and above our routine annual accounts.

I would also like to thank all the other residents of the village who undertake various tasks around the village including Keith Thornton, Caretaker of the Village Hall; Marie Addinall, Village Hall Bookings Secretary; Linda Holland and Margaret Christie who open and close the Sensory Garden and Becky Clarke who opens and closes the Keble Park Play Area. I would also like to thank the volunteers who help out on various committees along with local contractors who undertake all kinds of work for us and are also prepared to respond at a moment’s notice when we have the occasional emergency.

As I said, Cayley maintains our accounts and during the past financial year we have spent £58k out of an income of £59k so we are managing to keep within budget.

We have continued to waive the rent for the village hall for the local Brownie Group and Bishopthorpe Playgroup/Tots to enable them to use it free of charge.

We have also provided £300 to the History Group to allow them to purchase of a new computer and we part fund the use of Ferry Lane facilities for the local Play Group and Football and Cricket Clubs.

Our current reserves are approximately £40k. We have therefore agreed to maintain the precept at the current level of £28k for the next financial year. One change next year to our accounts will be the start of a separate fund to allow for replacing major items within the Keble Park Play area and we intend to start this fund off with £5k.

Overall we will continue to maintain a reserve of approximately one year’s precept and by purchasing relevant insurance we believe we are fully covered in the event of an exceptional occurrence within the next financial year.

We started the financial year with a full complement of 10 on the Council but due to family reasons or work commitments Gillian Clifton and Mike Elsworth both resigned during the year and I would like to send my thanks to both for the time they served the village.

We have operated during the last few months of this financial year with 8 councillors but will be joined by Mark Askew after the election on May 7th.  We are still looking for a further councillor to bring us up to full complement for the next financial year – so if you know anyone who would be interested please ask them to speak to one of the current councillors.

Perhaps I should also mention that we are unpaid volunteers trying to maintain and improve the way of life of their friends and neighbours in the village to the best of their abilities – that’s my get-out if we have done or do anything you don’t like!

So what do we do?

We hold monthly meetings and these may be attended by residents to ask for help or clarification about some issue in the village and, as all Councillors live in the village, we are often asked questions during normal village life along with receiving letters requesting clarification or help on numerous subjects. Hopefully, the vast majority of queries have been taken on board and the issue is resolved it to the satisfaction of all concerned.

We have a achieved a good attendance record for our monthly meetings but of course these meetings only form a small part of what we do with several supporting committee and one-off meetings as well as meetings with third parties. And, of course, none of us are afraid of rolling up our sleeves to plant trees, mend fences and gates, rake over the bark and sand surfaces in the play area or undertake any of the other one-off tasks that come our way!

Specifically during the past year we have had plans drawn up and are in the process of receiving quotes to upgrade the changing rooms and showers in the Sports Pavilion on Ferry Lane.

Successfully negotiated an agreement to move the Post Office from Main Street into Maynews on Sim Balk Lane.

Helped to co-ordinate the improvement to the Council Houses on Beech and Maple Avenue.  This work has resulted in an offer to upgrade the kitchen facilities in Vernon House free of charge by the contractor Keepmoat.  Along with this we have potentially negotiated a charging solution with City of York Council to ensure the long term future of Vernon House.

We also maintain links with other Parish Councils, City of York Council and various organisations to ensure we are compliant with both existing and new legislation.

This has included a requirement to allow anyone to record either sound and/or vision of all Parish Council meetings – why anyone should want to do so defeats me – but the process is now in place.

All in all I believe we have had another successful year and look forward to the future where we can further develop plans to maintain and improve the village in which we all live. 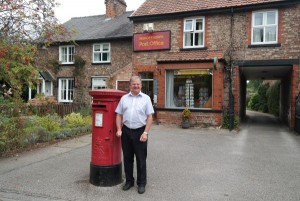 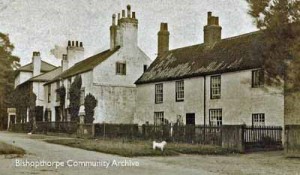 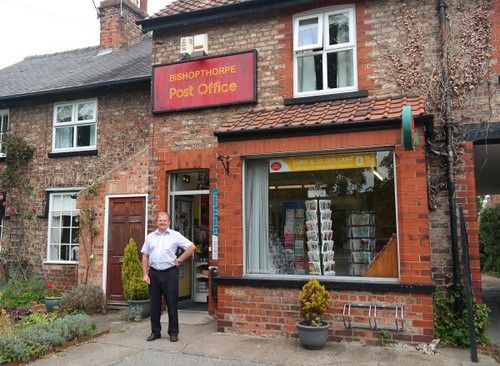